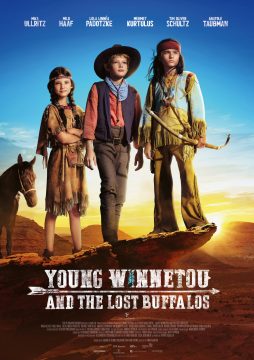 Young Winnetou And The Lost Buffalos

While 12-year-old chief's son WINNETOU sees himself already as a great warrior, his father INTSCHU-TSCHUNA believes that his son still has a lot to learn. When the buffalo herd fails to arrive, threatening the tribe's survival, Winnetou seizes the opportunity to prove himself to his father. Together with his sister NSCHO-TSCHI and the young orphan TOM, Winnetou sets off on a dangerous adventure to save the people of the Apache.