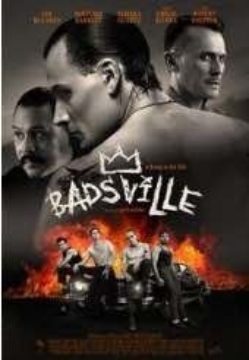 Wink is the leader of The Kings - the most feared greaser gang in the slum town of Badsville. When his mother dies he's committed to his promise to her to finally leave town. While tying loose ends, an outsider named Suzy travels through and is unlike anyone Wink has ever met. As they fall in love, Wink plans to leave the wretched town with her - and save 10-year old neighborhood kid Sammy from a hopeless future.

Wink's right hand man Benny discovers this and in an act of jealousy instigates a devious act of betrayal - calling in old-time rival gang leader Mr.Gavin and his son Cutter to stop Wink forever.