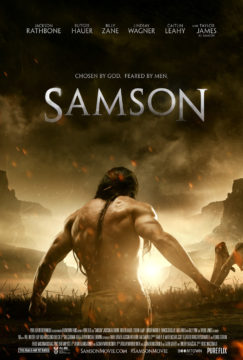 Out of the pages of ancient scripture arises the first superhero saga -- that of a child born with supernatural strength in 1200 BCE who, as an adult, leads his oppressed tribe against the mighty empire of his day. Though seduced by women and wine, his feats of might and valor strike fear into the heart of his enemies. In the end, only one God can stand in this tale of seduction, revenge, and supernatural might.