Home / Films / Tales From The Occult 3 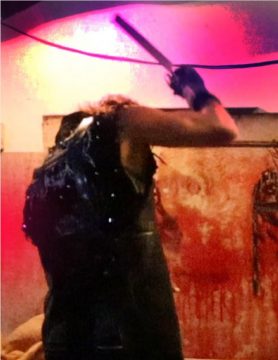 Tales From The Occult 3

“Killing me Softly” (directed by Chi-Ngai LEE):
After putting on an AR visor, a woman sees the image of his best friend, who was
abducted and murdered. She determines to use this latest contraption to find the
perpetrator.

“Escape from the Labyrinth” (directed by Peter LEE):
A man wakes up from his sleep to find himself in a huge shipyard filled with
corpses, spirits, and his own dead ex-w ife. He must fight his way out of this
labyrinth before too late.

“Memento Mori” (directed by Pater WONG):
Two close friends find themselves unappreciated in the film world despite years of
dedication. When one accidentally kills the other, he finally becomes a director.