Home / Films / THE CHILDREN OF CORAL 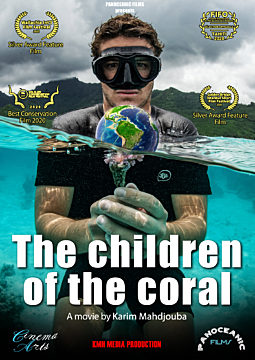 THE CHILDREN OF CORAL

Since 2017, the members of Coral Gardeners Association of Moorea are mobilizing to replant corals in the seabed of Moorea. Today ,this initiative led by Titouan Bernicot, 21, resident of the sister’s island of Tahiti, brings together volunteers aged from 14 to 25 years old. It is especially the result of a finding: coral bleaching due to global warming and the disappearance of these living organisms necessary for marine biodiversity and the protection of the coasts. This 55-minutes documentary aims to highlight the actions of the Coral Gardeners: from the collection of corals broken by humans, to the fixing of these corals on bamboo stems, then to the final cuttings on living corals, going through the awareness of the population, especially young people from France to French Polynesia and abroad, and finally through their different sponsorships "Adopt a coral".