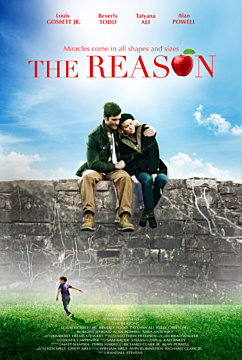 Welcome to southeast Michigan and the small town of Carlson where faith, hope, and struggle are defined by the different faces of those who live there.

An addict that sits at a bar to forget. A mother whose five-year-old boy has leukemia. Two doctors. An atheist haunted by his past and a brilliant young oncologist that places all her hope in the power of modern medicine. A blind pastor whose son hasn’t spoken a single word in thirty-eight years.

But the minister sees by faith. He knows there are answers and believes that someone who cares is watching—someone with a greater purpose. Yet there is something he doesn’t know... that none of them know. In the midst of the ordinary and the devastating, there is a reason these lives will be changed forever. Lightning is about to strike.

The Reason opens with a thunderbolt and never lets up as it introduces us to everyday characters who are wrestling with questions: Where is God when bad things happen? Does God ignore the prayers of the faithful? The answer each character receives will astound readers while offering an unforgettable call to hope, to change, and to believe.