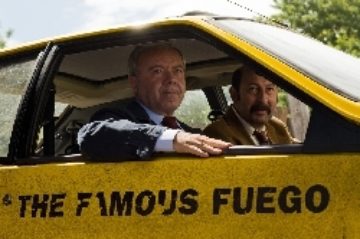 After a phone call from the sheriff of Bornsville that Pamela Rose’s coffin has been stolen, FBI agent Douglas Riper sees this as an opportunity to reconnect with his ex-partner Richard Bullit, an old friend with whom he fell out years ago over an unfortunate incident involving a woman and a Fuego. The two old stars of the FBI, now nothing more than has-beens, are back together to investigate the profanation, without realizing that they’ve actually been lured into a trap by a man with a serious grudge against them. Nor do they suspect that they will soon be the only ones to know that the female president of the USA is about to be assassinated. And that’s just the beginning...