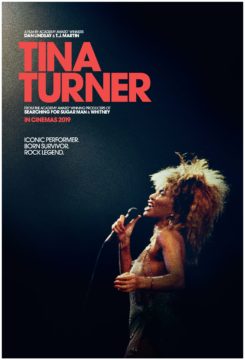 With over 200 million record sales, 12 Grammys and holder of the world record for most concert tickets sold as a solo performer, Tina Turner’s road to global superstardom is an undeniable story of triumph over adversity. It is the ultimate story of survival.

Born Anna Mae Bullock in Nutbush, Tennessee, Tina’s journey had humble beginnings, singing in local church choirs before landing her big break performing with Ike Turner, whom she eventually married. Despite great international success, theirs was a turbulent and violent marriage, until Tina finally found a way to escape. The couple divorced in 1978, leaving her with nothing but the stage name he had given her. Despite the knock backs, Tina defied them all – from the mother who abandoned her to the predominately white male music executives who dismissed her. She carried with her the scars of the past, but nevertheless beat the odds and forged her own extraordinary solo career, performing with the likes of David Bowie and Mick Jagger, to become the undisputed ‘Queen of Rock & Roll’.

This is the first time Tina Turner has given total access to tell her full story in a feature documentary, which comes at a particularly relevant time as a spotlight is being cast on the abuse of power in the entertainment industry. The film will be made with full access to her chart-topping back catalogue and will feature exclusive interviews with those closest to her, her musical collaborators, as well as the legend herself. TINA TURNER will be a cinematic event, and by looking behind the public persona, will come to a new understanding of the life and legacy of this cultural icon.